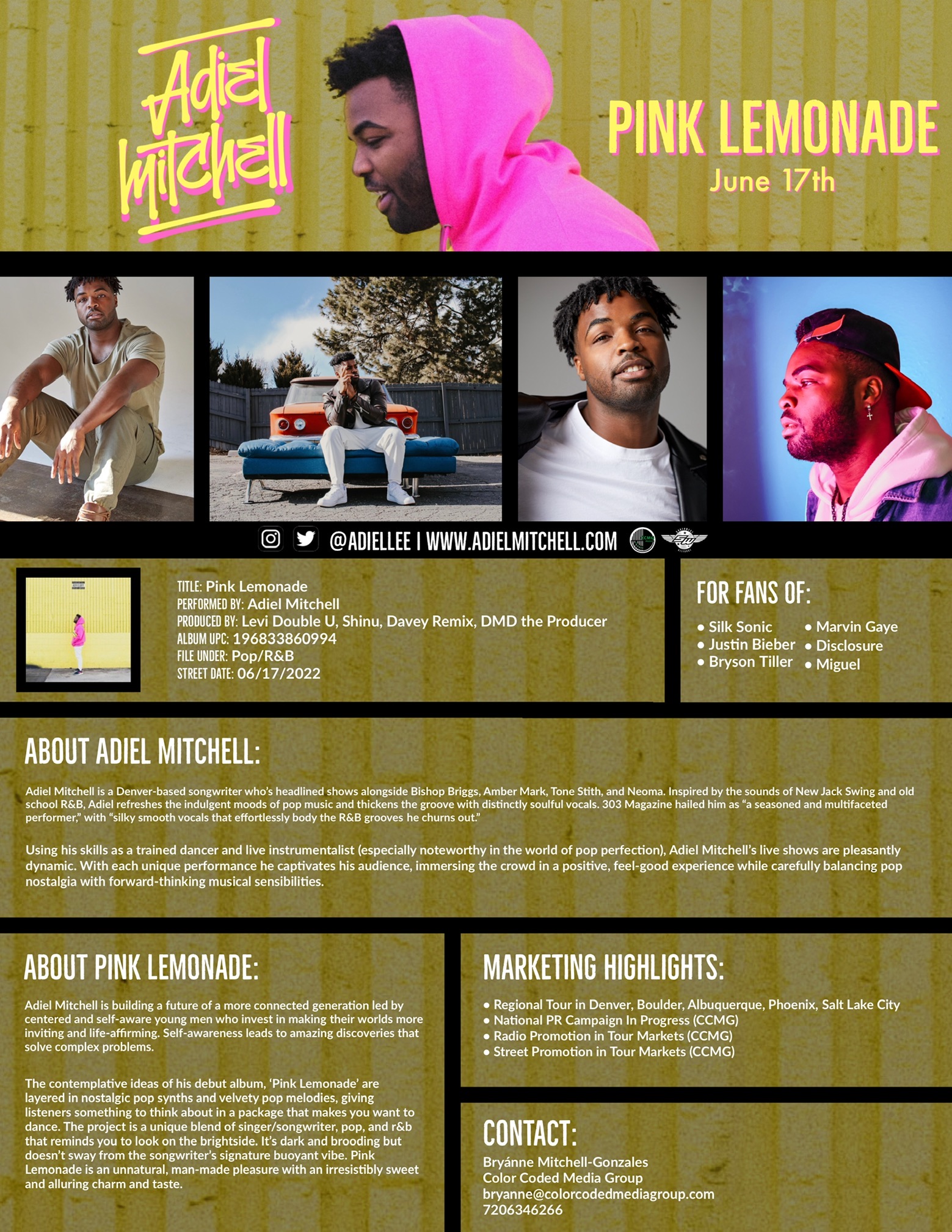 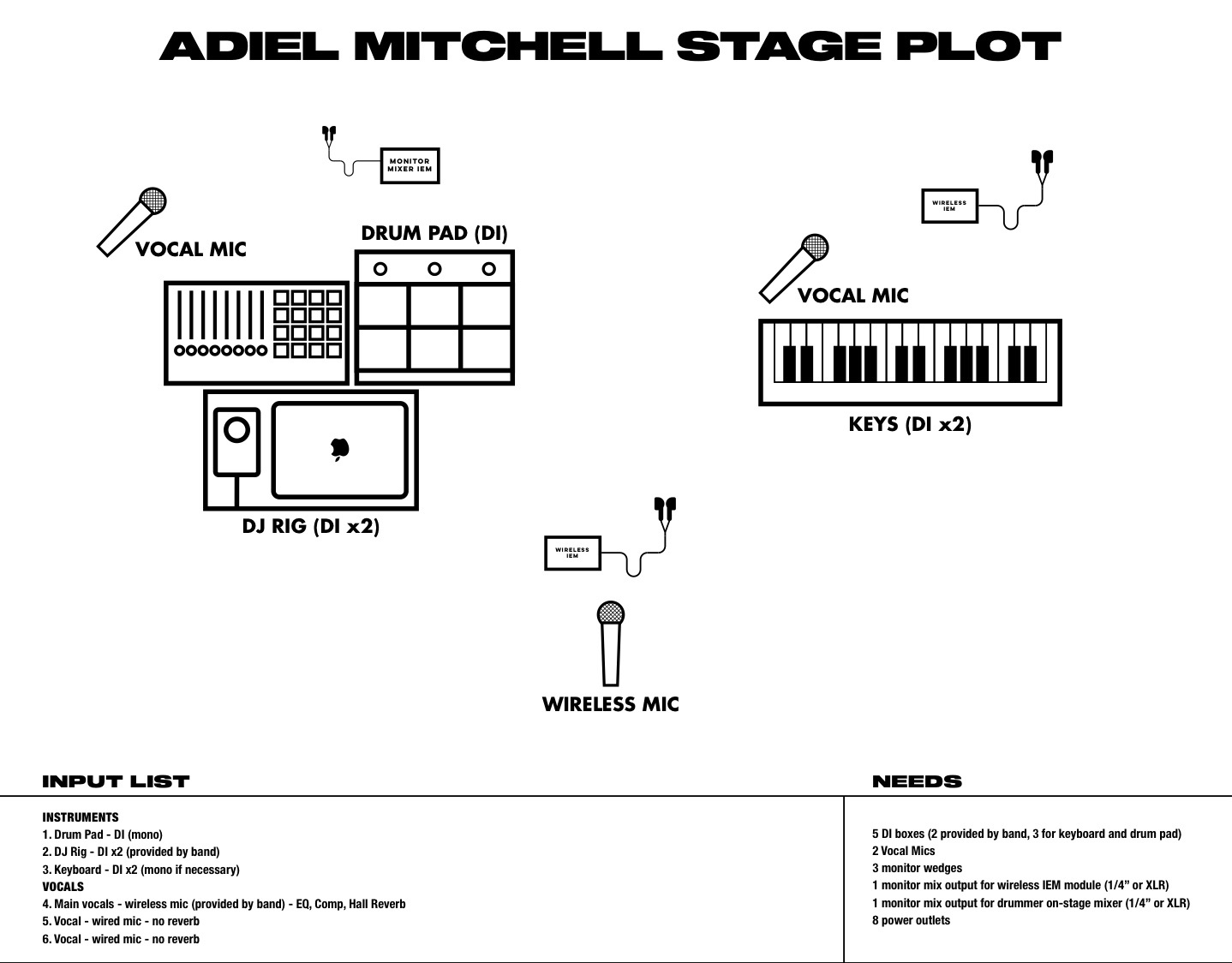 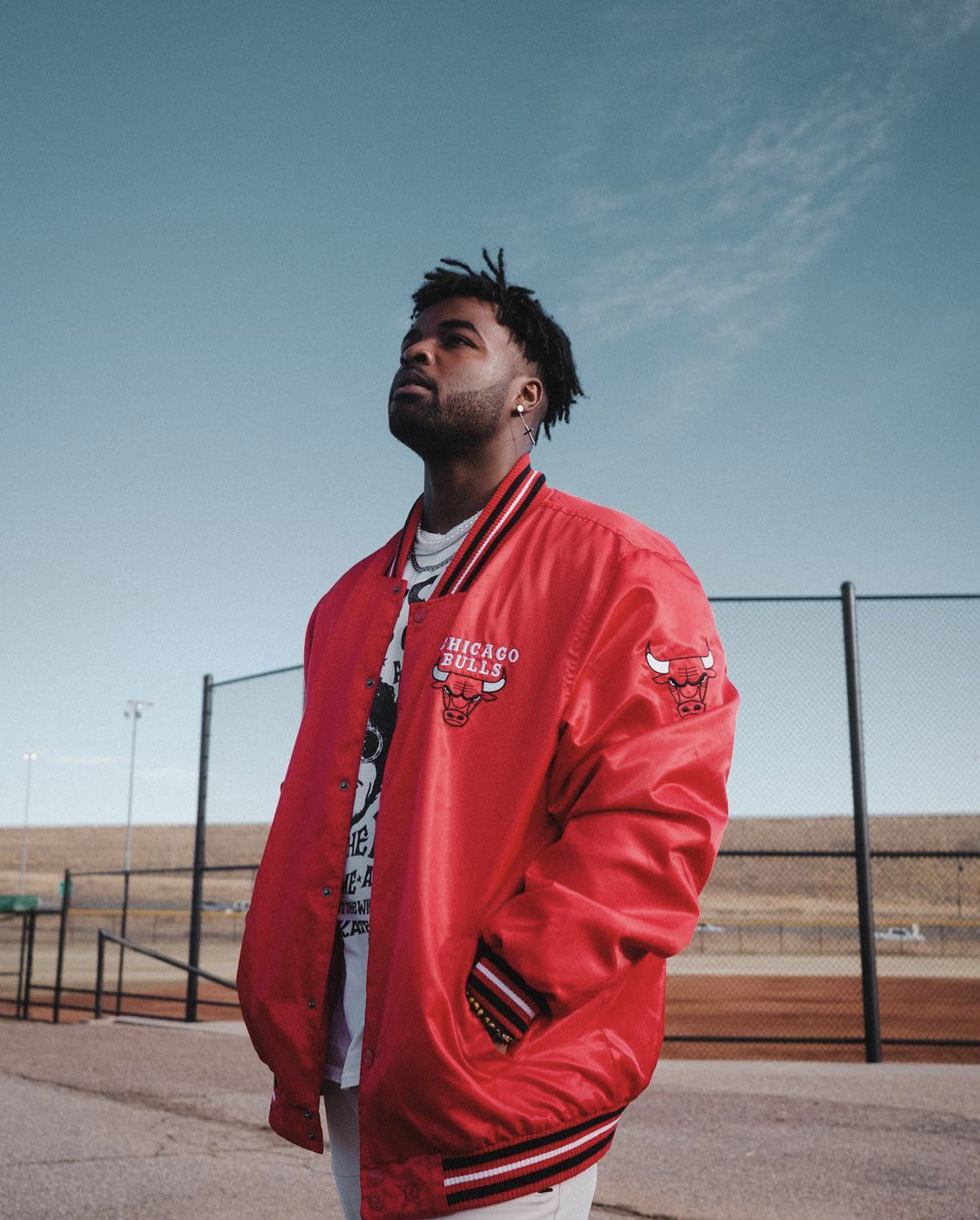 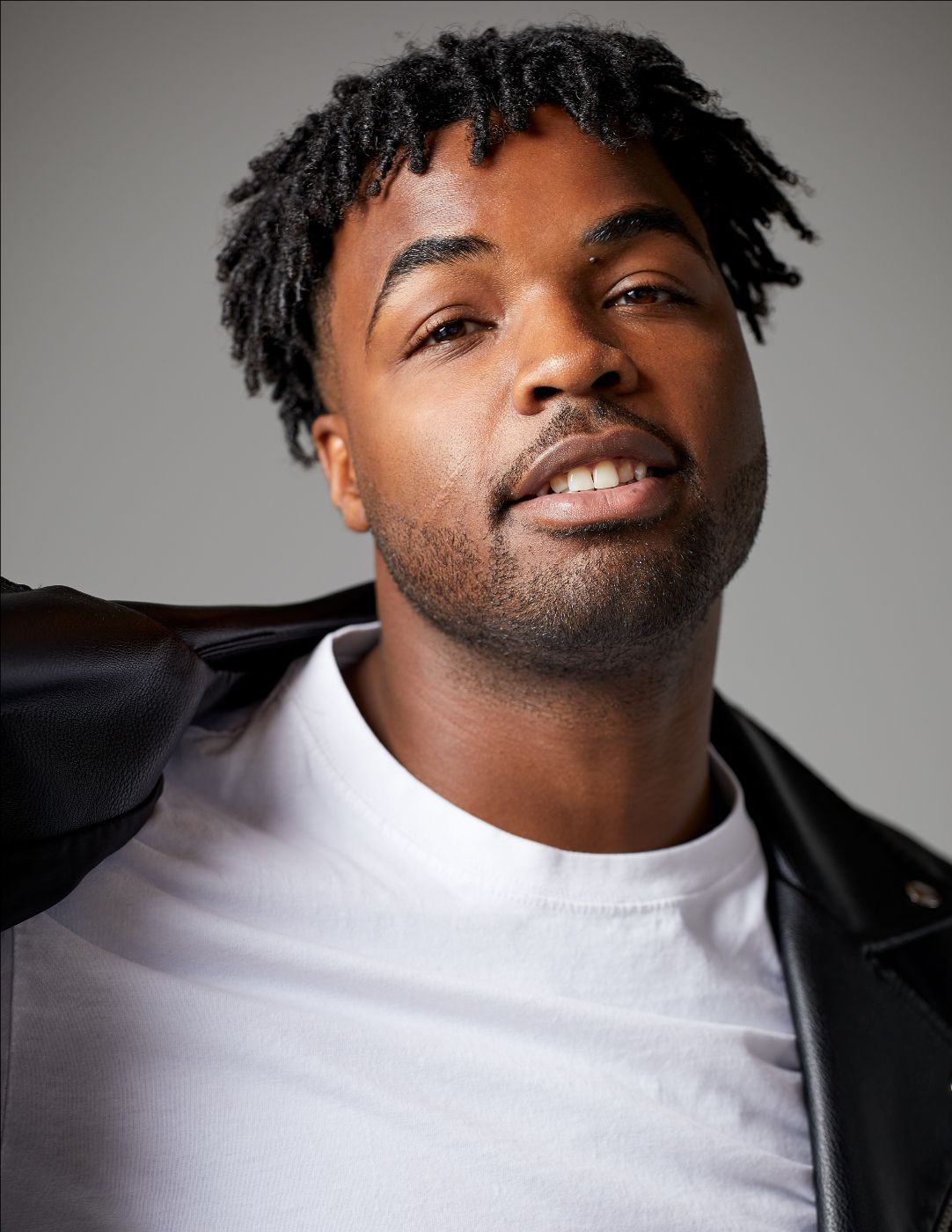 DENVER, CO Biography Adiel Mitchell is a Denver-based songwriter who's headlined shows alongside Bishop Briggs, Amber Mark, Tone Stith, and Neoma. Inspired by the sounds of New Jack Swing and old school R&B, Adiel refreshes the lush moods of contemporary Pop and thickens the groove with distinctly soulful vocals. 303 Magazine hailed him as "a  seasoned and multifaceted performer," with "silky smooth vocals that effortlessly body the R&B grooves he churns out." Using his skills as a trained dancer and live instrumentalist (especially noteworthy in the world of pop synthesizers), Mitchell's live shows are pleasantly dynamic. With each unique performance he captivates his audience, immersing the crowd in a positive, feel-good experience while carefully balancing pop nostalgia with forward-thinking musical sensibilities

Though he was born into a family of performers, Adiel Mitchell didn't originally plan to become a professional musician. Dance was his passion. He spent his high school days on the break dance team, occasionally serving a guerilla street performance for unsuspecting 16th Street Mall shoppers, and made comedy sketch videos with friends, which served as a fortunate training ground in content creation.  By the time he went to college, it was clear that he had "the bug" and Mitchell knew his future included his new love for entertaining. He majored in Theater at the University of Northern Colorado and found that the stage was a second home.

In 2012, he and a friend formed the Pop duo, Two Worlds. The group made some noise on YouTube and earned a devoted fan base of 85K subscribers that saw the singer-songwriters through to their first television appearance in 2014 as finalists on VH1's Make a Band Famous reality TV competition (one of the Network's first major live streamed television events). In 2017, Mitchell first began to experiment with his own music tastes and recorded his first few songs as a solo artist. His debut EP, About Last Night, established him as a regional anchor in R&B. Since then, he's developed a clear, recognizable sound that weaves its way into your soul, occupying mental space for thousands of listeners around the globe.

Adiel Mitchell is building a future of a more connected generation led by centered and self-aware young men who invest in making their worlds more inviting and life-affirming. Self-awareness leads to amazing discoveries that solve complex problems. He layers these contemplative ideas on his debut album, ‘Pink Lemonade’ with nostalgic pop synths and velvety pop-r&b melodies, giving listeners something to think about.

The songwriter’s signature buoyant vibe carries him afloat across a sea of complicated, sorrow-flavored anti-pop. He's written over 150 original songs and maintains his position comfortably amid radio-friendly hits and the broody rhythm & blues. Between recording music, headlining festivals, and several national commercial acting roles, Mitchell is someone to watch. Sign up to get on the list for exclusive access to never-before-seen content and expect to see his star rise beyond expectations in 2022.